Kinesio Taping in Patients With Whiplash

Case Study Full Name: Short-Term Effects of Cervical Kinesio Taping on Pain and Cervical Range of Motion in Patients With Acute Whiplash Injury: A Randomized Clinical Trial By: Javier Gonzalez-Iglesias * Cesaz Fernandez -De-Las-Penas * Joshua Cleland * Peter Huijbregts * Maria Del Rosario Gutierrez-Vega   Design: Randomized clinical trial.   Objectives: To determine the short-term effects of Kinesio Taping, applied to the cervical spine, on neck pain and cervical range of motion in individuals with acute whiplash-associated disorders (WADs).   Background:  Researchers have begun to investigate the effects of Kinesio Taping on different musculoskeletal conditions (eg, shoulder and trunk pain). Considering the demonstrated short-term effectiveness of Kinesio Tape for the management of shoulder pain, it is suggested that Kinesio Tape may also be beneficial in reducing pain associated with WAD   Methods and Measures:  Forty-one patients (21 females) were randomly assigned to 1 of 2 groups: the experimental group received Kinesio Taping to the cervical spine (applied with tension) and the placebo group received a sham Kinesio Taping application (applied without tension). Both neck pain (11-point numerical pain rating scale) and cervical range-of-motion data were collected at baseline, immediately after the Kinesio Tape application, and at a 24-hour follow-up by an assessor blinded to the treatment allocation of the patients. Mixed-model analyses of variance (ANOVAs) were used to examine the effects of the treatment on each outcome variable, with group as the between-subjects variable and time as the within-subjects variable. The primary analysis was the group-by-time interaction.   Result: The group-by-time interaction for the 2-by-3 mixed-model ANOVA was statistically signifi- cant for pain as the dependent variable (F = 64.8; P.001), indicating that patients receiving Kinesio Taping experienced a greater decrease in pain immediately postapplication and at the 24-hour followup (both, P.001). The group-by-time interaction was also significant for all directions of cervical range of motion: flexion (F = 50.8; P.001), extension (F = 50.7; P.001), right (F = 39.5; P.001) and left (F = 3.8, P.05) lateral flexion, and right (F = 33.9, P.001) and left (F = 39.5, P.001) rotation. Patients in the experimental group obtained a greater improvement in range of motion than those in the control group (all, P.001).   Conclusions: Patients with acute WAD receiving an application of Kinesio Taping, applied with proper tension, exhibited statistically significant improvements immediately following application of the Kinesio Tape and at a 24-hour follow-up. However, the improvements in pain and cervical range of motion were small and may not be clinically meaningful. Future studies should investigate if Kinesio Taping provides enhanced outcomes when added to physical therapy interventions with proven efficacy or when applied over a longer period.   Level of evidence: Therapy, level 1b. J Orthop Sports Phys Ther 2009;39(7):515-521. doi:10.2519/jospt.2009.3072

Kinesio Taping in Patients With Whiplash 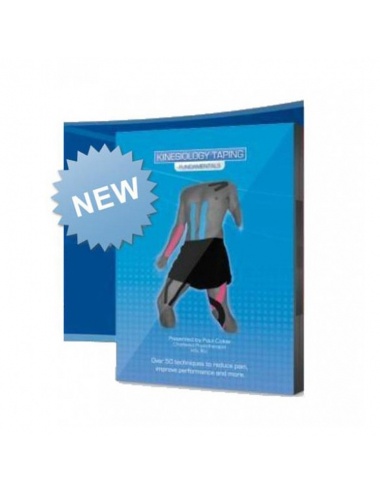 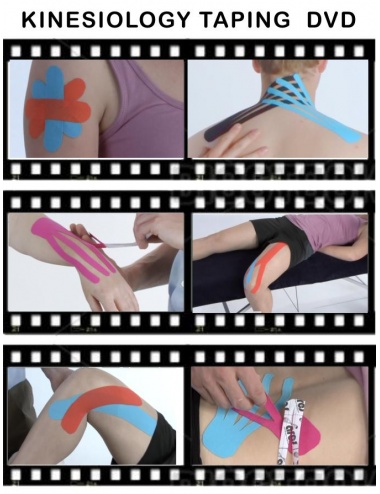 The Kinesiology Taping Fundamentals DVD is a must for anyone involved with kinesiology taping. British physiotherapist, Paul Coker, explains the theory of kinesiology taping in clear, understandable terms, then demonstrates taping techniques for over 50 conditions.

The DVD is separated into 8 chapters. Each chapter has its own menu with selectable sub-titles for each individual taping technique. This makes it easy to quickly find and view instructions for any condition without having to search through the entire DVD.